Emergency First Aid and Defibrillator Use 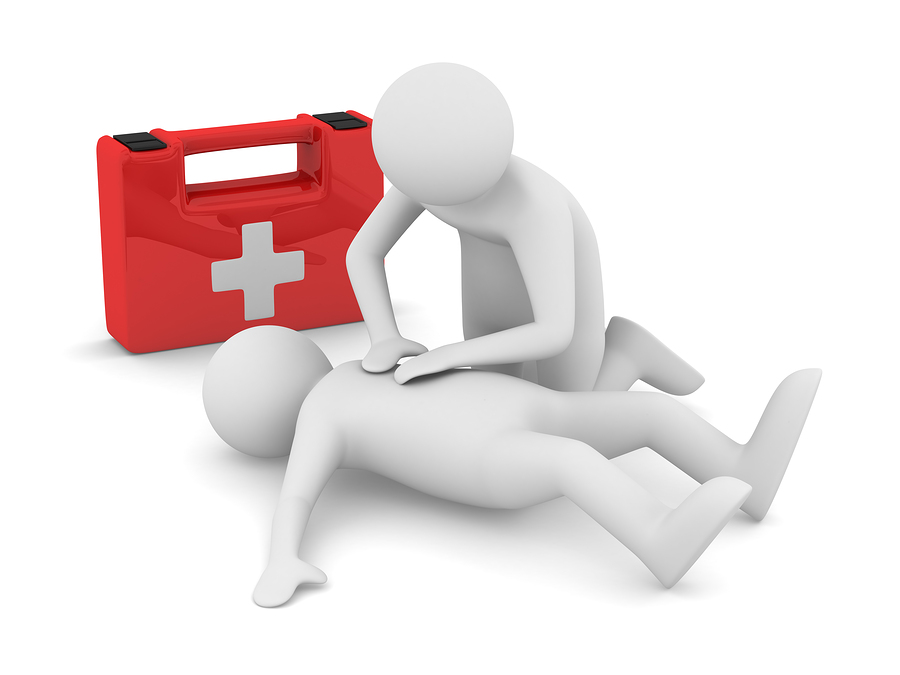 There will be an opportunity to learn and practice Emergency First Aid skills including CPR (Cardiopulmonary Resuscitation). The class will also cover the use of a defibrillator like the one on the Village Hall wall.

The class will be held in the village hall at 7:00pm on Tuesday 7 April.

In order to plan the event properly we really need to know how many will be attending. Please sign up on the FaceBook post about the event or email me (brian@stawellvillage.info)

Tickets £12 available in advance only.

Tickets will also be available in the hall on: 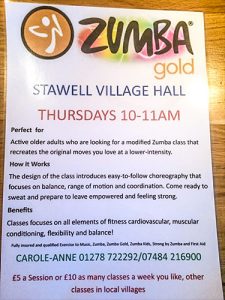 Zumba Gold is based on Zumba moves but modified to give a less intensive workout. This means it is suitable for ALL ages and stage of fitness. You can even come along and take part whilst seated. Classes focus on a cardiovascular, muscle conditioning, flexibility and balance – pretty much everything!

Sessions are just £5 each or, if you want to travel to Carole-Anne’s other classes in the area, £10 allows you to go to as many as you want each week. 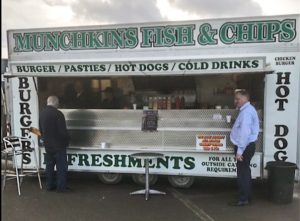 We have a Chippie!!!  Starting from the 31st January we will be visited by the Munchkins Fish and Chips van.  They will be open for business from 5:00pm to 8:00pm serving a whole range of food to the starving folk Stawell.  It is hoped to open the village hall at the same time so you can take your nosh into the hall and have a drink from the bar as well.  Hopefully the van will be well supported so it will become a weekly visitor to the village.

The Parish Council Meeting is on 2 March starting at 7:00pm.  The agenda and minutes of the previous meeting are found under the “organisations” menu at the top of this page.

7th March sees the welcome return of the HUB Pub evenings. Come along and enjoy a drink or two and some music with friends and neighbours. Doors are open from 7 to 11pm. 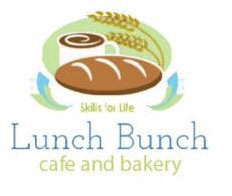 The Avalon School Lunch Bunch lunch is on Thursday 19 March (serving from 12:00-2:00pm. As always please do try to get along to this event. Not only is it a good lunch and a chance for a neighbourly chat, it also supporting some great young people from Avalon School.

The Glastonbury Wood Fired Pizza truck visits on the 5th starting at 4:00pm and returns again on the 19th March.

The Munchkins Fish and Chips van is serving up  on Friday 13th and 27th from 5 to 8pm.

The HUB Cafe is on 14 March and is a fundraiser for Westfield Street Cafe and Westfield Church – who work with low income families and the homeless people of the Bridgwater area. Doors open from 10:30am to 1:00pm. Always a good turn out of villagers looking for great brunch or cake and a lovely meet up with friends and neighbours.

As usual the HUB Cafe is followed by a Film Night and this month we have a showing of The 100 Foot Journey. Although this film dates from 2014 and I’ve seen it already I definitely want to catch it again. It tells the story of a displaced Indian family who settle in a rural French village and open a restaurant, the Maison Mumbai.  Unfortunately their location is near a Michelin starred restaurant owned by a frosty proprietor, played by Helen Mirren. All out war between the two operations ensues but, as you would expect in a warm, feel good film like this, all is well by the end.

The annual church Lent Lunch is on Saturday 21 March from noon to 2:00pm. Come along to the Village Hall and choose from a selection of delicious home made soups and support the Malawi Association fro Christian Support.

On the evening of 21 March there will be a Quiz at Othery Village Hall in support of the Sedge Moors Twinning Association.  Doors open at 7:00pm for a 7:30pm start. Refreshments are available but bring your own drinks and glasses. Up to 4 in a team and entry is £5 per person.  I’ve been along to this event a couple of times and its been great fun…we even once once!

No information on the Church Coffee Morning for March yet. 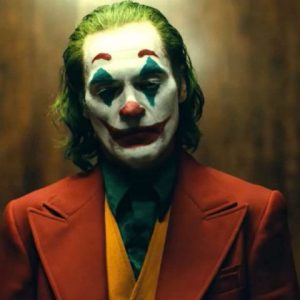 The second film night of February will be a showing of Joker. Put 29 February in your diary to make sure you don’t miss this blockbuster.

Forever alone in a crowd, failed comedian Arthur Fleck seeks connection as he walks the streets of Gotham City. Arthur wears two masks — the one he paints for his day job as a clown, and the guise he projects in a futile attempt to feel like he’s part of the world around him. Isolated, bullied and disregarded by society, Fleck begins a slow descent into madness as he transforms into the criminal mastermind known as the Joker.

Joaquim Phoenix portrays the name character in this acclaimed movie which has so far grossed over a billion dollars. The gritty action includes violence and language which earn it a R rating (under 17s should be accompanied by an adult)

The Village Hall doors will open at 7:00pm for a 7:30pm start for both films. As usual, the bar will be open and snacks and hot-dogs will be available during the interval.

The Church Coffee Morning will be on 29 February. The host is Judy Garrett at 1 Grove Cottage. As usual the fun and games run from 10:00am to 12:00pm.

Remember there are also all the regular events in the hall. These include Art, Short Mat Bowling, HIITS, Yoga, Running, Zumba and Whist. Why not try something new this year?2 Marc

An art class for beginners. Meet every Thursday evening in the village. New members are very welcome.

A group of local folk, of all standards, meet on Sunday mornings for a run (or walk) around the local lanes.

On the last Saturday of the month, the Church organises a get together in someone's house for a hot drink, cake and a chat.

The HUB Cafe opens from 10:30 am to 1:30 pm on a Saturday in the middle of the month. A very popular get together event.

The monthly Village Cinema shows current movie and some all time classics. The bar is usually open before the curtains go up.....

HIIT is High Intensity Interval Training. Work out on a Monday evening to one of Joe Wicks's exercise videos.

Members of the club are entered in a monthly prize draw. Click below to find out more and to see the latest winning numbers