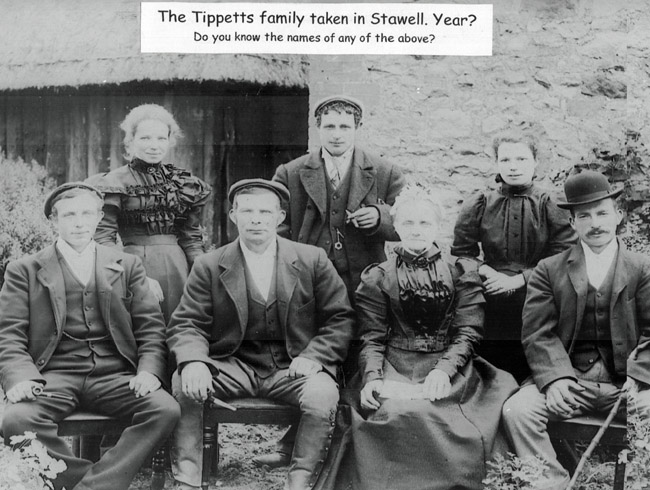 When Roger Harding recently lent me a pile of photographs taken over the years in our villages I was particularly taken by one. This picture, seen above, bore the caption you can see for yourself. The caption was added when the photograph was used as part of a village hall display about village history and life which took place a few years ago.

Now that Birth, Death and Marriage indexes are online, along with all the censuses up to 1911, I decided that answering the question might not prove too difficult a task.

Looking at the costumes I decided that the photograph was probably taken between 1890 and 1910. I am no expert on historical dress so this might have been a wildly inaccurate stab in the dark… I wouldn’t put it past Roger to stage a spoof picture dating from a few weeks ago.

Anyway, I began by looking at the 1901 and 1911 censuses.
In 1911 there is a widowed lady living, alone, called Harriet aged 73. Although now widowed she had, in her time, produced quite a family with 11 children 10 of whom were still alive. The 1911 census gives no idea of address but living next door was a large family of Tippetts Headed by Gabriel and his wife Alice. Gabriel was a shepherd and had by 1911 produced a flock consisting of Willie, Flossie, George and Henry; these last pair being two year old twins. The only other Tippetts in the village were a group of children aged from 18 to 4 living with mother, Sarah, and stepfather Henry Burton.

Harriet looks a possible name for the lady in the front row. The 1901 and 1891 censuses show her husband to have been a farm carter called Frederick. The death indexes show that he died in 1906 so perhaps the photograph was taken just after that. If that is correct then the man to her left is probably her eldest son William who was 47 in 1906. I think he looks too young to be Frederick who was just two years younger than his wife. 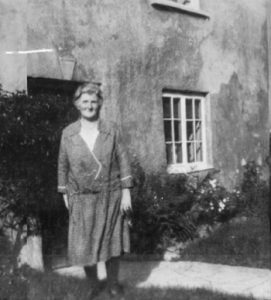 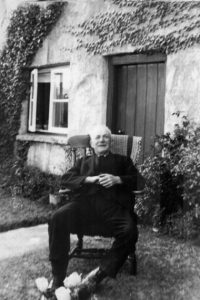 Based on age Gabriel or Lewis is on the left. Lewis is in the photograph on the right, sitting outside Flitchets. His wife Lilla is in the photo on the left, again, outside Filtchet’s Farm. Gabriel would be living in Stawell as he is living next door to Harriet in 1911. Adolphus is possibly the man on the back row. He married in 1905 but the two younger women look more like sisters so perhaps they are Florence and Mary.

Unusual names often run through families and Adolphus and Albion are no exception, both being used in various branches of the Tippetts family. Locally the family seem rooted in Greinton and Middlezoy although some moved to the midlands and had a wholesale business in what later became the Handsworth area of Birmingham.

Anyway, the whole story may be wildly wrong but it passed a miserable, rainy afternoon investigating the picture.