The monthly Village Cinema shows current movies and some all time classics. The bar is usually open before the curtains go up and reopens at the interval when snacks are also sold.

Most films are HUB Village Cinema events. The film shown is likely to be a recent release which has been popular at the box office and received good reviews.

Each year several films are presented by the Village Projects team. These will often raise money for a charity, perhaps linked to the theme of the film, as well as to support village fixtures  like the Phone Box Library.

Doors open at 7:00pm as does the bar.  Curtains go up at 7:30pm with an interval half way through when snacks (and the bar) are available.

Please take note of the BBFC rating attached to each films shown in the Village Cinema. A description of the type of content you can expect is given in the chart below.  Please take this into consideration when deciding whether to bring your child to a film.

The organisers reserve the right to refuse admission where necessary. 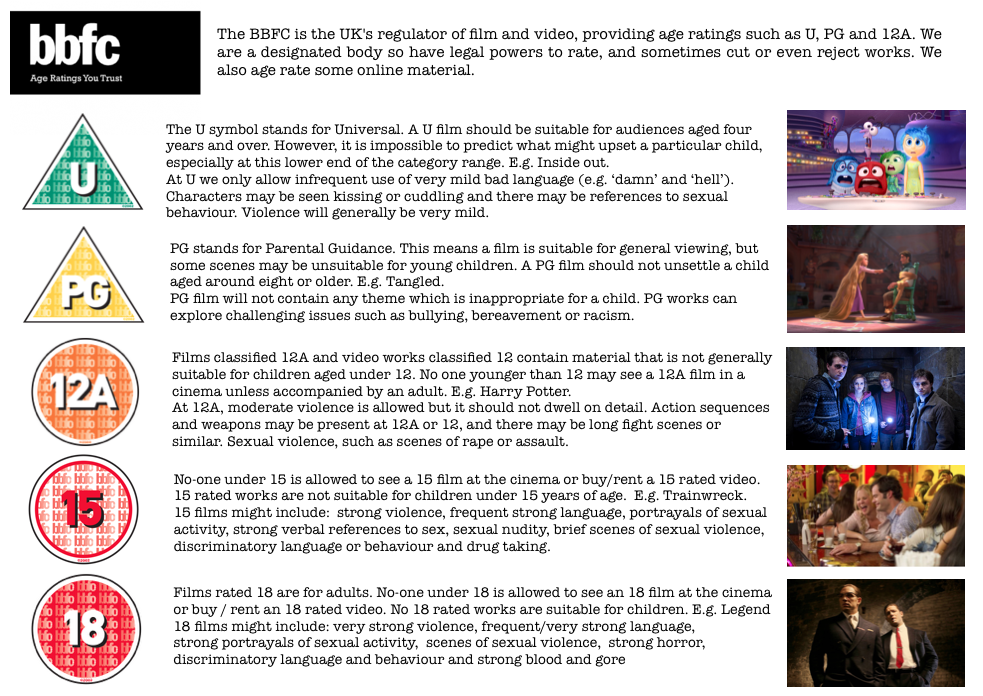